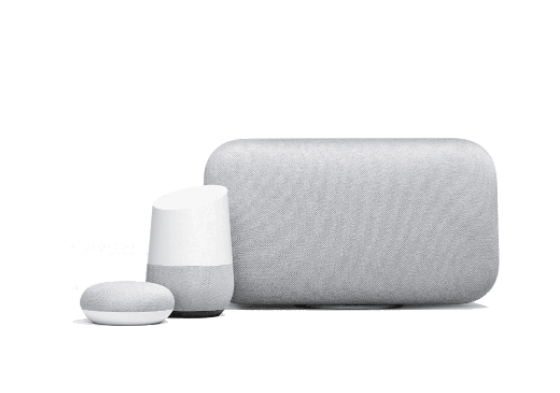 Everyone in the tech industry predicted that smart home technology would yet again dominate the headlines as 2018 CES show stealer. What we didn’t expect, or at least appreciate, was Google’s plan to show up and wave its latest integrations in everyone’s face.

Including one lady named Alexa.

Last year Alexa was the clear queen of the Miss Smart Home Pageant, dominating her competitors in every category. However, Google Home showed up at CES 2018 to prove that Alexa’s reign as pageant queen may be in jeopardy. And Google was not shy about shouting their intentions to the world. They setup camp smack dab in the middle of the convention center parking lot, complete with a swirly blue slide and ball pit.

What else would you expect from the iconic Silicon Valley startup?

Passengers of the Vegas monorail couldn’t catch a ride without thinking to themselves, “Hey Google”, because the entire monorail was wallpapered in Google ads.

We have every indication that Google is not interested in being first runner up now or in the future. So, what exactly is Google bringing to the table and how does it compare to Amazon’s Alexa? Let’s look at the pageant judge’s ballots to find out.

In our opinion, the answer here should not shock you. Google is recognized globally as the number one search engine. So much so that we use its name as a verb. Don’t believe me? You can Google it.

Some Amazon enthusiasts will try to make the case that saying “Alexa” is way easier than the vowel conglomerate of “Hey Google”. But in our opinion, that’s only because they know what happens once you get past the pleasantries. Google Assistant has a hands-down better likelihood of answering your request with an accurate answer or completion of a task. While Alexa, because of its lesser intelligence (see above), is more likely to respond with, “Sorry, I don’t know that one.”

Most Likely to Always Have Your Back

If you have just about any Android phone, you never have to feel alone because you’re always only one “Hey Google” away from talking to your personal assistant. Alexa is currently only fully integrated with two Android phones. For other mobile devices, you can download the Alexa app but that will only give you a snippet of Alexa’s full potential.

If you are a tech nerd like us, it may hurt you to read but this category goes to Alexa. You can interact with your Alexa device to stream video or music content from your phone to your Amazon Fire Stick or the new Amazon 4K TV. In fact, the new 4K TV comes with a remote that has a built-in microphone to easily request content. While Google does have the Chromecast, which we believe has a much more streamlined integration with phones than the Fire stick, we gave this category to Alexa because she has more television talents.

Most Likely to Keep Your House Clean

This one’s a tie. Why? It turns out that people don’t care who cleans their house as long as their house is clean!

Major manufacturers are finding that the limitations of smart home loyalties are a turn-off to consumers. Consumers want to choose a refrigerator because of how much beer it holds, not because they know the refrigerator will play nice with their current smart home technology.

Google and Amazon each have a significant number of integrations available, or in process, with a variety of smart home devices, appliances and systems. However, neither Google or Amazon wins this category because consumers are ready to choose favorites.