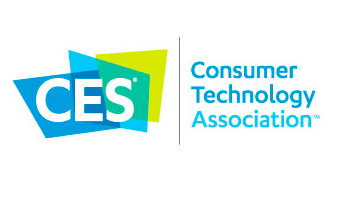 Our favorite time of the year has come; it’s time for the Consumer Electronics Show, the biggest tech show of the year. The show runs in Las Vegas from January 9th– January 12th and we can’t wait to see what new innovations will be unveiled. Like any good technology lover, we can’t simply wait to see what happens, we must speculate! Here is our list of top innovations and unveilings that we expect to see at CES 2018.

It is no secret that Amazon and Google have been hard at work building interfaces that allow Alexa and Assistant to work with as many other devices as possible to make them more appealing to consumers. A widely agreed upon speculation is that we will see many of those new brand integrations unveiled this week.

It wouldn’t be CES without the latest and greatest televisions on display for the world to see. A coincidence that the Super Bowl is just a few weeks away? We think not.

This year you can expect to see the battle between LG, Sony and Samsung continue. If you don’t know, OLED TV’s are the current top of the line for all three of these major brands. LG and Sony have both partnered with Dolby to offer Dolby Vision HDR, while Samsung is marketing its HDR10+ as a rival to Dolby’s software without the Dolby price tag.

You can expect to see lower-end manufacturers release several sets that have better than ever streaming services and noteworthy displays in the mid-to-low price ranges.

Virtual reality, augmented reality, and mixed reality have steadily earned their places at CES over the last few years, and this year is no exception. Expect to see standalone headsets from several big names like Google and Lenovo, and of course, an influx of new games and apps.

For the first time ever, the “reality” category will be one of the main platforms discussed on the multitude of discussion panels, and will even get to show off their piece of the electronics industry pie in their own “Marketplace” in the convention halls.

We continue to see more and more cars at CES. As more electric cars and smarter-than-ever cars hit the market, it makes sense to see major companies like Ford, Toyota and Tesla front and center.

This year we expect to see a lot of innovations in self-driving cars, smart charging devices and driver safety features that use artificial intelligence.

What not to Expect at CES: Sort Of…

Believe it or not Amazon, doesn’t attend CES. However, that doesn’t mean you won’t hear their name mentioned as they seem to have their toe dipped into a little bit of everything electronic.

There is no denying that wearable technology is a huge sector of the electronics industry, but they are coming off a rough year. Don’t expect too many (or any) huge announcements from this category.

Many are often confused why mobile phones don’t have a larger presence at CES. While you can expect to see some of the more popular phones on display and some discussion panels take place, we likely won’t see any dramatic reveals. The reason for that is that Mobile World Congress is just 6 weeks after CES and is the largest gathering for the mobile industry in the world. If anything big is going to happen, expect it to happen there.

Like we said, this is our favorite time of year! We cannot wait to share with you the biggest reveals from CES 2018 in the coming weeks.