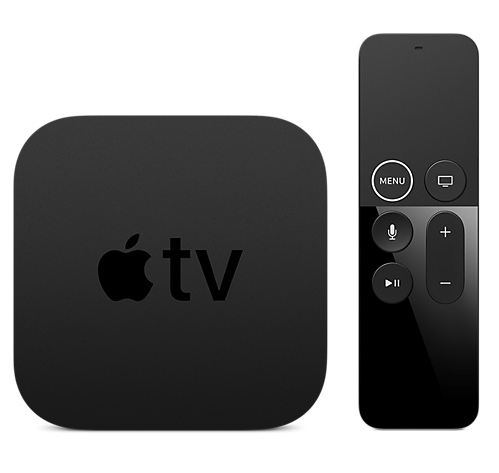 Maybe you aren’t a die-hard Apple fan like some of us, but trust us – you are going to want to know about the new Apple 4K TV that was recently released. The Apple TV has notably taken a backseat to other Apple devices in the past 3 years. However, the ambition of the new Apple 4K TV proves that Apple is working hard to be the future of TV, today.

Since 2015, streaming devices from Roku, Amazon, and Google have dominated the market with small stick devices that are relatively inexpensive for the average consumer. These devices allow consumers to stream from Netflix, Hulu, Amazon, and YouTube to name a few. They are fairly easy-to-use and at the end of the day, consumers get what they pay for (that’s not a knock at the devices). By introducing the new Apple 4K TV, which is notably pricier than its competition at $149-$199, Apple has changed the rules and expectations of consumers.

Apple has also negotiated deals with major studios for HDR videos resulting in $20 4K movie purchases, $10 less than Google and Amazon. Not every major studio has signed on – including Disney –  which means that all Disney and Marvel releases are still in HD. Not to fear, the 4K movie selection on iTunes is unrivaled otherwise among its competition. Better yet, any videos you have previously purchased on iTunes in HD are automatically upgraded to HDR for free as they are remastered and released.

Even though at this point in Apple’s reign you can mostly assume their iOS interface is easy-to-use, we still can’t help but mention it. As with your other experiences with Apple products, using this device is easy, intuitive and pleasant looking. You will have an easy time finding and using the large number of apps and find that the speed of the streaming service is better than your current device.

It’s true that you don’t need to rush out and buy the new Apple 4K TV today but if you are already part of the Apple ecosystem, this set top box will be a nice addition to your arsenal. Regular software updates are expected to flush out any minor shortcomings of the device, like the lack of 4K HDR video support for YouTube videos and lack of Atmos support. The cost will probably remain the same but in our opinion if you own or plan to own a fancy 4K television and stream most or some of your content, the Apple 4K TV is the way to go.