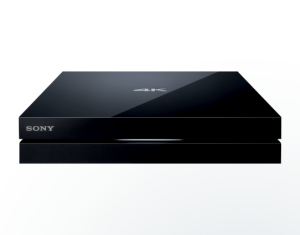 Last month at the Consumer Electronics Show (CES) in Las Vegas, NV, the ultimate technophile gathering of the year, the newest technology to come to Blu-ray was announced: 4K with high dynamic range (HDR) imagery. As early as the middle of this year, Blu-ray disks will start to come out in this amazing new format, which of course naturally leads to the question: What about the newest Blu-ray players to support this format?

As the 4K format was being announced at CES, so was the first ever 4K HDR player. Panasonic announced the first player with 4K and HDR playing capabilities. Don’t worry, this player will also be able to play your old DVDs and Blu-ray discs (backward compatible), and will also upgrade the imagery for your viewing pleasure on any television with HDMI 1.2 or HDMI 2.0.

One reason it has taken so long to get to Ultra High Definition Blu-ray isn’t because of the requirement for more resolution; this format also includes a wider color gamut, high frame rates, and higher dynamic range, making this a major leap forward toward true-to-life imagery in your home.

While Panasonic’s player is set to come out sometime later this year, Sony has already started selling their 4K Blu-ray players. While the price point could be considered steep at $699.99, what you will get for your money is well worth it for you early technology adopters. The biggest difference between these two players, besides the fact that Sony’s is already on sale, is that the Sony Media Player is advertising streaming and downloading services from their proprietary agreements with Netflix and Video Unlimited, respectively. Whether Panasonic will be able to offer the same types of services with their 4K Blu-ray is yet to be determined.

My recommendation: If you are in the market for the newest and best in Blu-ray technology to improve your home theater experience, either of these products will serve the purpose, but if you are a committed media streamer Sony’s is the way to go for now.