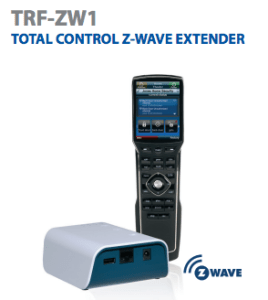 Imagine walking into your home and turning on the lights with a push of a button, or adjusting the air to create the perfect temperature when you walk in the door. Imagine the ease of accessing all your music from your smart phone from any room in the house. A decade ago, these conveniences were state-of-the-art “smart home” features accessible to only those with huge homes and huge budgets to match. In 2010, URC turned the home automation industry on its ear with the launch of the Total Control Line, which debuted at the CEDIA Expo, and brought the “smart home” to the masses.

URC’s Total Control System consists of more than 20 separate products that work together in various combinations to provide just what you need for your home and budget. The Total Control line starts with a networked controller (the MRX-10) that manages a variety of IP-enabled devices. These “plug-and-play” devices control everything from your home theater and entertainment center to your security cameras to your climate control.

The Total Control System has gone through a few updates since its initial launch, including the addition of mobile iOs apps in 2012. The most recent update is the biggest one since the launch – the addition of three new options and accessories for the Total Control System. Here’s a rundown on the three new products and what they mean for the system.

Z-wave is a low-power radio frequency that is embedded in a variety of products to retrofit electronics, lighting, entertainment centers and household appliances so they can be integrated into an automated home system. With URC’s addition of the Z-Wave Extender, consumers will be able to integrate any of the more than 900 Z-Wave-enabled products into their existing Total Control Line system.

URC began with universal remote controls, so it’s no surprise this list includes an improvement to existing remotes for the Total Control System. The TRC-1080 is a wand-style remote with live video capability, four cable box buttons, and a 2-inch color LCD. It also features pick-up sensor technology, so it’s ready immediately after removing it from the included charger, and quick connect Wi-Fi.

The Total Control System supports a variety of security cameras, including Axis, Channel Vision, ICRealtime, Panasonic, and Wirepath Surveillance. With the newly launched upgrades, the system will also work with the LILIN IP Video Cameras, giving consumers even more options for their home security systems.

Interested in upgrading to a “smart home”, or adding these new URC Total Control System features to your automated home? Contact us at (704) 450-4401 for an estimate.