You already know the iPad is great for playing games, catching up on your email and reading the latest news online. But did you know you can easily turn your iPad into an advanced home theater system control? 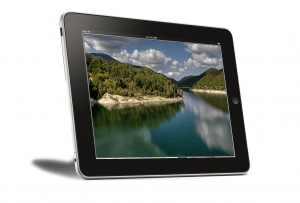 Since iPad’s launch three years ago, audio/visual software manufacturers have begun developing a wide range of apps on Apple’s iOS platform. Many were originally designed for the iPhone; but with the iPad’s 9.7-inch display (with a 2048×1536 resolution on the new third generation iPad), home theater control iPad apps are developed with fewer screens, a more intuitive interface and less scrolling. Functioning much like a universal remote control, home theater iPad apps allow home theater system enthusiasts to control video and sound, DVRs, HDTV, A/V receivers, Wi-Fi systems and media extenders from the palm of his or her hand – and even on the go.

Many of the home theater iPad apps are software based, meaning they can control a virtually unlimited amount of devices. Although these apps are free, they require additional hardware in order for the devices to read the app data.

Here are a few of the best home theater control iPad apps on the market.

No longer do you have to have multiple system controls for the technology in your home. Now your home surveillance, whole house audio and home theater controls can all be managed from your iPad.

How do you currently control your home’s theater system?