Is the age of digital musical piracy coming to an end?

It’s been over a decade since file-sharing software start-up Napster hit the music scene, allowing music fans across the globe to share their music with other fans – violating copyright at the same time. 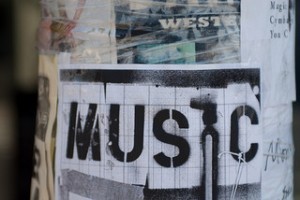 iTunes, digital music stores and online streaming music applications like Pandora, MOG, Rhapsody and Spotify have largely replaced peer-to-peer networks. In addition to allowing listeners to stream their favorite artists for free from a desktop or laptop, many streaming music companies also offer subscription services, which allow listeners to take their music anywhere via mobile devices. But with free options still available, are listeners taking advantage of paid music subscription services – and are they really worth it?

Are listeners actually paying to play?

The Recording Industry Association of America released year-end music shipment statistics for 2011 in late March, and the statistics were clear: people are paying for music subscription services. The RIAA reported music US casinomatrix.net s Online are very safe. subscription service revenue increased almost $30 million from 2010 to 2011. The number of online music subscribers rose to 1.8 million during the same period.

This is great news for an industry that has been fighting file sharing for more than ten years. Revenue increases – no matter how small the margin – are welcomed with open arms after seven straight years of decline in sales for the music industry.

Music subscription plans vary from company to company. Plans typically start at $4.99 a month and top out at $9.99. Subscribing to music plans removes ads and gives users the ability to listen almost anywhere, including streaming music to your television, car and mobile devices. Subscription services also give you access to better quality music. Spotify recently added an – an astounding 320kbps bitrate, or CD quality sound.

For the budget conscious music lover, subscription services are a cost-effective alternative to paying for a song or even paying for an entire album on iTunes. The priciest music subscription service plan – about $10 — gives you unlimited streaming from a database of millions of songs and artists; music fans can only download one album for that same amount.

Music subscription services offer many benefits for a relatively low cost, and can easily connect to your home stereo. The best benefit? Giving the music industry the credit they deserve.