3 Reasons to Connect your Gaming System to your Surround Sound

Gone are the days when playing video games meant controlling pixilated characters in a cartoon scene. These days, gamers find themselves playing a part in a realistic, movie-like environment – almost as if they are in the middle of the action. 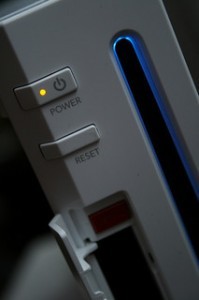 Even if your gaming system is connected to HDTV, having great video is only half the gaming experience. Serious gamers can take their hobby to a new level by connecting their gaming systems to their surround sound system for truly immersive audio.

Hear that song playing quietly in the background of your game? That could very well be an aural cue to help you beat the game. Game designers add subtle clues through a game that are difficult to hear with traditional speakers. Adding the power of surround sound to your game system will add an extra dimension to your game play.

Designers of today’s video games produce high-definition, movie quality games to be experienced like you’d experience a full-length film – in surround sound. Many video games, especially Xbox and Xbox 360 games, are encoded with speaker-specific audio designed for a surround sound system. By connecting your gaming system to surround sound, you’ll be able to play these games the way video game designers envisioned.

Extra wires and cords hanging from your HDTV can distract you from a home theater experience – and can do the same thing for your game play experience. One benefit of connecting your Xbox or PlayStation 3 to surround sound is these game systems use a single optical digital audio cable. Less wires equals a richer gaming experience.

Connecting your Xbox, Wii or PlayStation 3 to your surround sound system will bring a fun new dimension to your gaming.